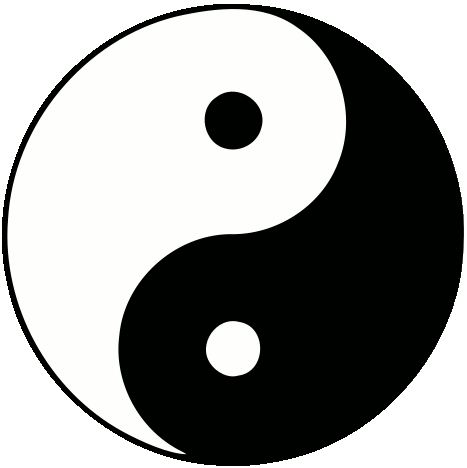 This diagram encapsulates a vast amount of traditional teaching about the universe and about the laws of nature, ready to be unfolded by anyone who has the key to its interpretation.

It is one representation of the concept of the Tao, or the Way of the Universe.

Although many people have seen this diagram, there is a lot more to it than most people may realize. By beginning with the Tai Chi diagram and the teachings encoded within it, we can come to see more about how to understand things in higher-order terms.

The term “Tai Chi” is composed of two terms, “Tai” meaning “Great” and “Chi” meaning “Extreme” or “Ultimate”. Thus “Tai Chi” means something like the “Great Ultimate,” that is, the universe, in the biggest and most encompassing sense of the term: the Whole.

On every level, each entity is complete by itself: a cell is a complete whole, as is a body, as is a planet, a solar system, or a galaxy. And each one as a whole mirrors the whole that is the others. It is always the same manifestation; the difference is a matter of scale.

In an important sense, every entity, every interaction, every event, every phenomenon, including every kind of love relationship, can be represented by the Tai Chi diagram, which is a symbol of the Whole.

Why is the Tai Chi diagram circular, and not some other shape, like square, or triangular? What is the meaning of the two fish-like shapes? Why is it divided by an S-shaped curve rather than a straight line? Why does the dark area have a white dot, and the light area a dark dot? And, again, why are the dots circular rather than some other shape?

A circle is not a static thing. It is a process – one in which there is no beginning and no ending. At the same time, each point on a circle or event in the process is both a beginning and an ending.

Even in terms of the concept of cause and effect, which seems to imply a simple, linear sequence, the effect of one cause is the cause of another effect, in unending sequence. As we begin to see things from this larger perspective, to see events as part of a cycle rather than as points on a line that goes in only one direction, our understanding of the meaning and value of these events begins to change and deepen.