Around the midpoint of my life, I found myself wondering whether I was on the right path. I considered whether I should change careers and set out on a new course. Around this time, I received a call from an old friend of mine in China who was a Taoist qigong healer. This friend told me that he had returned to the island where he was born, and he invited me to visit whenever I happened to be in China.

END_OF_DOCUMENT_TOKEN_TO_BE_REPLACED

My father’s only brother was ten years younger than my father. As a traditional older brother, my father felt a strong sense of responsibility for him. So when my uncle turned twenty, my father began to try to find him a wife. My uncle refused to get married and ran away.

END_OF_DOCUMENT_TOKEN_TO_BE_REPLACED 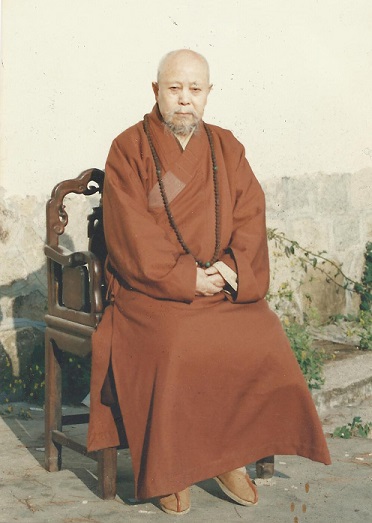 At first glance, tea and wine seem very different. Wine is made and stored as a liquid; tea is made and stored in the form of dried leaves. Wine is best aged while tea can be drunk fresh. Wine is served cold or at room temperature in a glass; tea is usually served hot in a ceramic cup. The temperature at which wine served is critical; tea can be served over a great range of temperature without losing its flavor. However, if we look at the art of wine tasting and compare it to the art of tea tasting, there are interesting similarities.

END_OF_DOCUMENT_TOKEN_TO_BE_REPLACED

Pu-erh tea grows in China’s Yunnan province. Its history can be traced back to the Han dynasty (206 B.C. – A.D. 220) but it became popular outside China only at the end of 20th century. Pu-erh tea is made from a large-leafed variety of tea. The buds and tender leaves are first converted to raw material called mao-cha (毛茶) by a process involving wilting, kneading, and drying in the sun. The mao-cha is then steamed and pressed into a compressed disk or brick form, then put in storage to allow a natural aging process to “mature” the tea.

Traditionally, tea from Yunnan was sold to Tibet and Southeast Asia regions. The tea was transported by tea-horse caravans or by tea porters over the treacherous Tea Horse Road, often in bad weather. During transportation, the tea went through a second phase of fermentation by microorganisms. This is why it has been classified as “post-fermented” tea. Slow oxidation and post-fermentation created a unique earthy, sweet taste and aroma, and a beautiful ruby red color. This traditional pu-erh tea is now called “green” or “raw” pu-erh. It ranges from the initial green state to partially fermented, and post fermented tea. In other words, it cut across all categories of the fermentation process.

In 1973, a tea manufacturer in Yunnan invented a way to simulate the traditional process for aging mao-cha by using prolonged bacterial and fungal fermentation in a warm and humid environment under controlled conditions for 30-40 days. The tea is then dried and compressed into a cake or brick form. This cake is then stored for a few months to allow cooked smell to dissipate before sending it to market. Pu-erh tea produced through this process is called “cooked” or “ripened “ pu-erh.

While green pu-erh takes years to reach a rich and mellow state, the cooked pu-erh takes only six months. People who first encounter pu-erh tea prefer cooked pu-erh, since it is mellow and sweet. However, experienced connoisseur may prefer aged green pu-erh, as it more alive and has more depth.

Unlike green tea, which ideally should be consumed soon after production, green pu-erh can be stored for many years. Pu-erh tea is often classified by years and region of production, much the way wine is classified.

If black tea can be compared with a vigorous, assertive gentleman, then the mellowness of pu-erh tea is rather like earthy, affectionate old grandparents. Good pu-erh can be steeped many times. It is very dependable and can be counted on, just like grandparents, who, seasoned by life’s lessons, can be relied upon for support and guidance.

While green tea is sharp and refreshing, pu-erh is sweet and soothing, with a hint of earthiness. Also with its beautiful ruby color, pu-erh has been described as “drinking a warm campfire”.

With green tea as an innocent teenager, oolong tea as a mature and sophisticated lady, black tea as a vigorous and assertive gentleman, and pu-erh tea as mellow and affectionate grandparents; all these makes up a nice and wholesome tea family. All has their uniqueness. Tea lovers embrace all teas; drinking green tea in the morning, Pu-erh in evening and oolong and black tea the whole day long.