What is “natural”? For most people, it deals with animals, plants, water, natural images and phenomena – the material world, apart from the human world. This is generally how nature is seen in the West.

The physical world is certainly essential to our survival. Even distant phenomena, like sunspots or the cycles of the moon, can affect us. Writers, artists and scientists often give credit to nature as a source of inspiration.

In Eastern Indian cultures, “nature” is more of a religious concept, since every creature and place is regarded as having spiritual power.

In China, both of these concepts exist – along with the idea of rhythmic transformation, and that there are patterns behind all the manifestations of physical nature. Through observation of the sky, the earth, and human behavior, ancient Chinese came to an understanding that there was a unifying pattern behind all the transformations of the universe. This pattern is what came to be regarded as natural law. 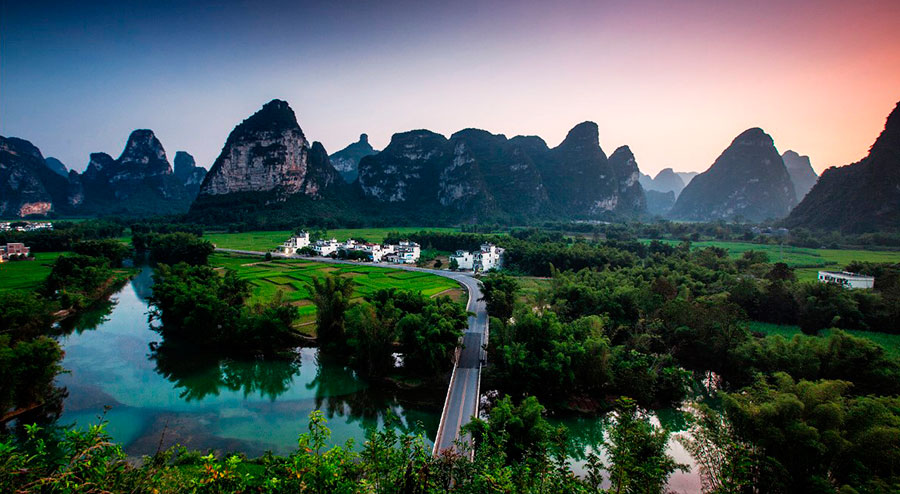 The patterns became formalized in Yin-Yang theory and Five Element theory, and these were used to describe and explain all the transformations of the world.

Yin-Yang theory provides the reason for the fact that all things change. Five Element theory addresses the processes of change.

The concept of natural law is at the center of Chinese culture. Chinese people always talk about the four inventions; gun powder, compass, paper making and block printing, as their contributions to humanity. However, I think the most important contribution is the understanding, formulation, and application of natural law.

In 2001, UNESCO sponsored a conference on Twenty-First Century Dialogue Among Civilizations. The focus was on the South American and Caribbean countries. For some reason, I was invited as the representative of Chinese culture.

In that conference, I pointed out that many cultures have come and gone – but China is the only one that has lasted for five thousand years. The reason that it has persisted is that it is based on natural law.

This is the essence of Chinese culture but, unfortunately, even in China, it is often regarded as a dinosaur – not recognized or understood, and often directly rejected.

I intend to use this platform to discuss natural law, and to explain what it is, and how it can be applied.