2: Feng Shui is Design for the Living Environment

When we talk about “designing our environment”, the term “environment” can refer to different scales. It can refer to a city, a neighborhood, a building, or even a room, or the furnishings or decorations within a room. 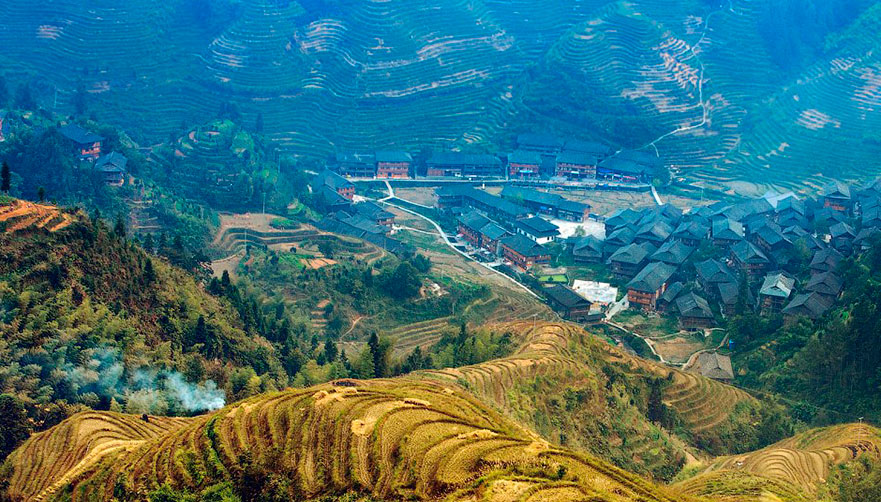 With the end of the Qing Dynasty, and the influence of Western approaches, the Feng Shui point of view fell out of favor. And because the Feng Shui tradition had been so powerful in the world of folk culture, and had become mixed with other practices, it was also dismissed as superstition, and inherently opposed to progress. As a result, no one wanted anything to do with it: it was banished from the world of ideas that people took seriously. For at least a half century, Feng Shui effectively disappeared from China.

However, although it disappeared from China, over the last half-century, Feng Shui became popular in the United States and other places in the West. This version of Feng Shui, however, was often based on an incomplete understanding that came from folk practices. Westerners learned largely from folk practitioners, who were from the margins of the Chinese world. People in the West saw China as the motherland of Feng Shui, which was awkward for officials in China, who could not understand why foreigners were interested in it.

Finally, in 2007, the Chinese government held a conference on Feng Shui and environmental design, to try to acknowledge the interest in the subject, and at the same time guide it away from superstitious beliefs and practices. But, because of the half-century of suppression, the living transmission of Feng Shui had been broken. The official conclusion of the conference was that, as a Chinese tradition, Feng Shui had value, but that the dross should be eliminated.

It’s easy enough to say what the dross is – local custom, superstition, and so on. But, then, what is the essence that should be preserved and fostered? This was a question no one was able to answer.

For the past few decades, Feng Shui received little academic attention. But as the economy developed and construction flourished, people started to get back to Feng Shui. Since there had been no academic or intellectual study of the field, people tried to apply the old, customary rules in a rigid way.

In addition, the traditional Feng Shui had come to include astrology, numerology, and so on – things that were not part of the essence of Feng Shui. While the selection of auspicious times and dates, good names, and so on, has its value, it is not the
same as Feng Shui.

In addition, although Feng Shui had been suppressed for seventy or so years, suddenly there was a crowd of Feng Shui masters – who were surrounded by an even greater crowd of celebrities, businessmen, and so on, who were looking for ways to gain an advantage over others. These developments made it even harder for academics or intellectuals to take Feng Shui seriously.