Ancestor worship is an important tradition in Chinese culture. Families pay special attention to look for land with good feng shui (good qi energy) to bury their ancestors. Initially, the idea came out of love and respect.

However, over time, people came to believe that if ancestors were buried in an auspicious Feng Shui site, it will benefit their descendants in bringing prosperity, fame, and fertility.

The idealism turned to utilitarianism. But, throughout history, many intellectuals in China deemed this superstitious. Nevertheless, this belief is ingrained in many people’s minds as truth. After all, superstition and many folk beliefs are part of the human makeup.

In modern times, burial site feng shui is diminishing in its significance as more Chinese choose to place their cremated ashes in a temple.

The Book of Burial

Although the knowledge and practice of environmental design began to develop over 3,000 years ago, the use of the term Feng Shui did not appear until the early 4th century in China. It was taken from the Book of Burial by feng shui master Guo Pu (276 A.D.-324 A.D.).

The book states:
“Qi rides with the wind (feng), is dissipated by the wind, and is confined by water (shui). Hence, the ancient people sought places where qi collected and did not dissipate, where its momentum was held by water. This is why this knowledge and practice is called feng shui.”

After this was written, the term feng shui came into use.

Many Form School feng shui classics including Song of Xue Xi (雪心賦), On Kan Yu (堪輿漫談), Book of Burial (葬經), Fa Wei Lun (發微論), Bo Shan Pien (博山篇), and Guan Si Di Li (管氏地理指蒙) have been passed on and are still preserved today. With the history of this long established school, their guiding concepts have always been based on natural principles, the Yin-Yang, and Wu-Xing Theories.

Over the long history in China, much of the folklore, regional beliefs, tradition, culture, and superstitions, have been attached to feng shui practices. Feng shui has become distorted by these superficialities. These superficial elements, including burial site feng shui which carried religious overtones, were not in line with communist China’s atheist ideology. Branded as feudalistic, all feng shui activities were thus banned.

This came as no surprise as even Confucius teachings and all religions were outlawed. Ironically however, the founding leader of communist China, Chairman Mao, had paid much attention to his ancestral burial site.

While the communist government swept away many superstitious beliefs and unethical practices operated by bogus feng shui teachings, which created much social disharmony, unfortunately, it also swept away very valuable feng shui knowledge; the guiding principles of architectural and environmental design developed over her long history.

The Burial Site for Confucius

Most Taoist and Buddhist temples are built on sites that have nourishing spiritual energy. In China, over two thousand years ago, the burial site chosen for Confucius by his disciples at Qifu, Shan-Tang Province, was carefully selected, based on feng shui principles to ensure his teaching would continue to flourish, millenniums after his death.

In Europe, ancient Roman Catholic Church sites were very carefully chosen and most are in good feng shui locations.

In China, people often associate feng shui with Taoism. Actually, Tao Zhang (the collections of the book of Taoism) does include many feng shui literatures. But it is more from a philosophical perspective than from a religious perspective.

In Taoist teaching, the highest goal of human life is to seek balance and harmony with nature. This idea is aligned with feng shui concepts. 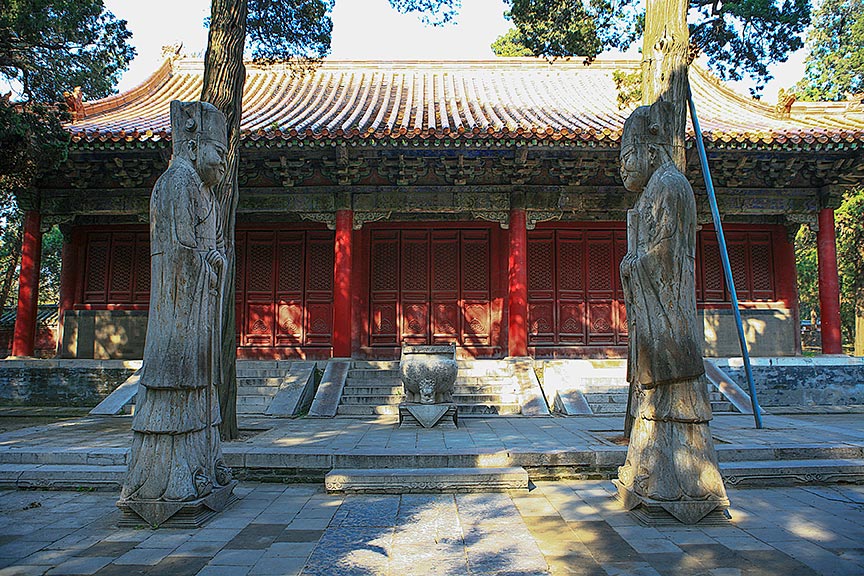 The Art of Finding a Good Site

My father had a big farm and hired many farm workers. From an early age, I knew my father was a wise and knowledgeable man whose advice was sought by many people.

An expert in traditional medicine and a master carpenter, my father was also seen as someone who could advise them on building a house or finding a burial site. I didn’t really understand much about what he was doing, but I always relished the trips, as he was warmly received and from time to time, I enjoyed the candies they offered me!

Once, when we visited distant relatives who wanted advice on where to dig a well, I watched curiously as my father looked over the landscape. He looked left and right, waved his finger in the air, and after a while pointed to a place some distance away and then said, “Try digging there”.

Sure enough, they would find water. I was amazed.

“How could he do that?” I wondered. “Can he see into the earth?”

There were other times when he was asked to help with the reburial of graves. Just through observing the landscape, he was able to predict the condition of the buried bones. He knew whether the bones would be golden or glossy white in color, or have blackish spots before they opened the grave to rebury the body.

Sometimes, while evaluating the site, we would have to tramp through overgrown fields or climb up and down hills. To help maintain my enthusiasm, my father would often ask questions that required me to be observant and aware of the environment. He taught me to detect the flow of underground water from analyzing surface vegetation and to evaluate the quality of a landscape by assessing the types of animals that lived in the area.