Site selection – the selection of an auspicious site – is the first order of Feng Shui practice.

Ancient people, especially hunting-gathering people, were concerned with the four needs of survival: water, food, shelter and security. Therefore, they made sure they were near the resources they needed, and looked for safety.

The first requirement was to be near water. Water itself is a necessity; furthermore, water contains fish and other food. Rivers and lakes are convenient for transportation. Archeology confirms that the earliest human settlements were near streams and lakes.

And the fourth requirement is security: the place needs to be defendable from animal or enemy attack, and must be out of the way of floods. So higher ground is preferable. 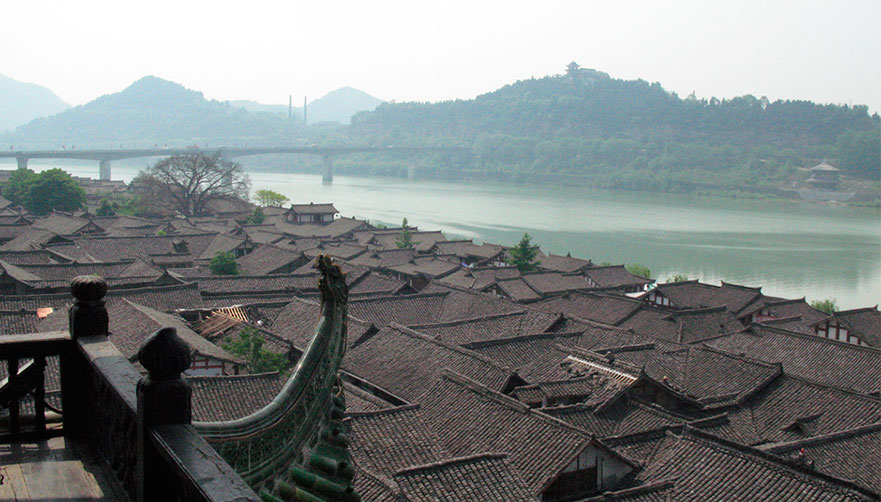 When a society becomes agricultural, it needs rich, flat land to grow crops.

Over time, and with experience, a pattern for an ideal living place gradually emerged. It would include a flat area for living and agriculture. It would be near water. It would be protected by mountains or high ground. This was the kind of place that would allow people to gather and create settlements.

This kind of knowledge, over time, became systematized, and turned into a theory. This theory was expressed in vivid, memorable terms that would make it easy to follow. But the knowledge was originally derived from human survival needs, and continued to foster human survival.

In the meantime, and again through long experience, people became aware that people and things all have a kind of energy, an energy that can also be found it nature and in places.

There are places where crops grow especially well, and people came to see this as related to the intrinsic energy of the place. People called this invisible quality Chi, and regarded auspicious places as those with abundant Chi. If a place was nourishing for plants and animals, they realized, it would also be good for people.

This last quality may seem more mysterious than the others, because it isn’t directly visible. But it is visible in the relative vitality of different places. Because ancient people always had to pay attention to survival, they came to regard the life-nourishing quality of a place as being just as important as any of the other basic requirements for a place where it would be good to settle.