We used to discuss what is beauty? – the subjective and objective sides of beauty, and the combination of both.

Regardless of the philosophy of the issue, we have to admit that pure art and architectural art are very different from each other. For one thing, architecture is a very complicated art form, because it has elements of many arts combined in it. But more important is how architecture relates to the public.

In general, pure arts are seen in relatively private places, such as galleries and museums: we go there when we want to, and if there’s something we don’t want to see, we just don’t go.
But architecture is public: it occupies a public space. A piece of architecture has an unavoidable impact on the people who live and work around it. Its appearance has a strong effect on its neighborhood. Good design creates a harmonious and joyful feeling; bad design can create visual pollution.

It is true that people might have different opinions about a particular building; however, some designs are so faulty that they have a negative effect on just about everyone. This is especially true for many examples of modern design. This negative impact is far greater than that of a piece of pure art, which people are free to encounter or not.

What role then should an architect play? What right does an architect have to impose a building design on the general public? How can we find a balance between the freedom to create and the responsibility for the impact of the design on other people?

This question is crucial to any city development. It is something that the people of the city should discuss.

Seattle residents, for example, don’t enjoy being near the Rock and Roll Museum. It’s generally regarded as looking something like a skin disease. 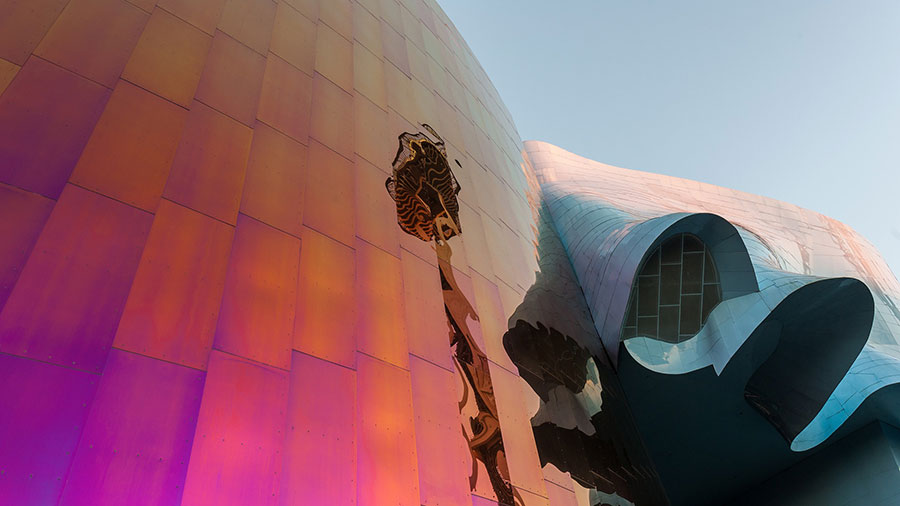 Beijing people don’t enjoy the strikingly ugly “Big Pants” building of CCTV, which dominates its surroundings in a bullying way. This building, on an information level, may have reflected the ambiguous relationship scandals between the TV anchors, who work in the building and government officials.

Most architects do understand the general principle that a building should be in harmony with its environment. Unfortunately, as individuals, some architects feel a need to stand out, to be unique, and they tend to let their egos overpower the principle of designing in harmony with nature.

Unfortunately, too, for the past few decades, Chinese cities have been the playground for foreign architects, who don’t have any understanding of the essence of Chinese culture. Part of the reason is because China was not strong and powerful, thus didn’t have confidence in themselves to assert its own values. Instead, they tended to look up to the West for design guidance. It’s unfortunate that the decision makers for building construction in Chinese cities is made by politicians who lack architectural knowledge and lean toward modern and flashy buildings.

There are many local Chinese architects who have a strong understanding of Chinese culture and have the ability to create modern designs that will resonate more with the environment and traditions. As a result, Chinese cities are starting to look just like any other city around the world, and are losing their Chinese characteristics.

However, as China becomes more confident and powerful, the situation may change, allowing for a rebirth of the Chinese design traditions for a modern China.